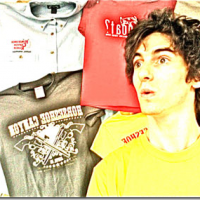 Dave Graham Back In The Blogging Mix

Several years ago Climbing Magazine had a series of pro blogs on their website from the likes of Joe Kinder, Lauren Lee, Angie Payne, Ethan Pringle and others.  My favorite, and many of yours as well, was the blog of Dave Graham.  Unfortunately the pro blogs dried up a few years ago with many of those featured on Climbing‘s website venturing off onto their own blogs.  Graham was not one of them, but thanks to his sponsors at Five Ten he is back in the blogging game…at least for now.

In his first entry for Five Ten Graham lays out his plans for the coming summer after his planned trip to Europe was aborted only after he arrived in Europe due to some unforeseen bureaucratic issues.  Trips to Rifle, NYC, Australia and maybe even Clark Mt. to try some route there are in the works along with filming for a new movie with Reach filmmaker Nathan Bancroft.  There’s also talk of some sort of TV show and a new website from the Island crew, so stay tuned.

Posted In: Off the Board
Climbers: Dave Graham

3 Responses to Dave Graham Back In The Blogging Mix