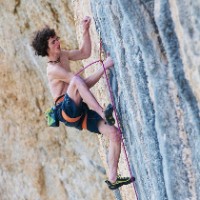 If it had ended on Saturday, Adam Ondra’s spring holiday to Spain would have already gone down as probably the best two weeks of climbing anyone has ever had.  He’d already onsighted multiple 5.14c’s and done the FA of a possible 5.15a.  An amazing bit of climbing by any standard that would have most of us kicking our feet up and celebrating.
buy premarin online https://langleyrx.com/dir/premarin.html no prescription

But Ondra was not done.

At Oliana on Sunday, the last day of his trip, PlanetMountain reports that Ondra did the FA of Chaxi Raxi (5.15b) after 7 days of work.  The line apparently involves climbing a V14 crux near the second bolt followed by hard 5.14 climbing with good rests along the way.
buy dapoxetine online https://langleyrx.com/dir/dapoxetine.html no prescription

Not too tired, Ondra finished the trip with an onsight of Blanquita (5.14c) an hour after finishing Chaxi Raxi.

Check out PlanetMountain for the full report and a quick interview with Ondra about these ascents.