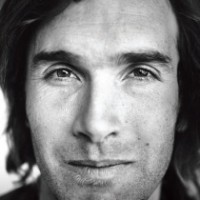 Climbing Magazine has gone ahead and posted the feature interview with Chris Sharma from their current issue on their website.  In the wide-ranging interview Sharma discusses taking a year off in his late teens due to a knee injury, his latest projects, his ill-fated attempt to flash The Nose, settling down in Spain, how he plans to stay connected to the climbing community as he grows older and much more.

In addition, there are several excellent Boone Speed photos of Sharma on a few of his potential 5.
buy avanafil online https://bereniceelectrolysis.com/images/photoalbum/jpg/avanafil.html no prescription

15 projects including the well-documented First Round, First Minute at Margalef, Perfecto Mondo, also at Margalef, and an unnamed project at Oliana that Sharma has more or less given up on since it mainly involves small holds.