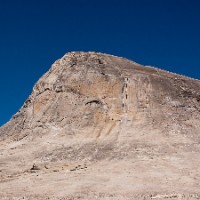 On this day 120 years ago Yosemite National Park was designated by an Act of Congress making it the third national park in the U.S. after Yellowstone and Sequoia.  Apparently the park is not planning any sort of special celebration in light of this anniversary, so since Yosemite is one of my favorite places on Earth I figured we could celebrate with a few recent videos from the park.

The first one is from Pat Goodman who spent a day running around in Tuolumne climbing Tenaya Peak, Matthes Crest and Cathedral Peak:

The second is a video from Cedar Wright who arrived a day early to last week’s Yosemite Facelift to produce this “In a Day” video:

And finally here is cool time-lapse video from the Valley:

Have any other cool Yosemite videos or stories?  Please share them in the comments.

In not-so-good Yosemite news, you might want to reconsider getting hurt in the park come January 1, 2011…