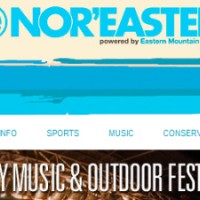 The finals of the last stop on the 2010 Unified Bouldering Championships Pro Tour went down Saturday afternoon in Lincoln, NH at the Nor’easter presented by Eastern Mountain Sports. As is often the case in other sports, what transpired was an excellent reminder of why they “play the game” so to speak.

In qualifiers on Friday afternoon, Daniel Woods looked downright unstoppable flashing all 6 problems with ease. But as I said there is a reason they “play the game”, and by all accounts Woods was not at the top of his game during finals which opened the door for Ethan Pringle and Brian Kim to snag the top 2 spots with Woods taking 3rd. Pringle just eked past Kim as they both had 1 Flash and 2 Tops, however Pringle’s 8 attempts to Kim’s 9 gave Pringle the victory.

Pringle’s top finish was especially notable as this was his first major comp since suffering a devastating shoulder injury trying to stick a rose move dyno on Men’s #4 at 2009 ABS Nationals. Earlier this summer he did give several indications he was returning to top form with multiple hard sends during his trip to Australia, so it’s good to see his comeback come full circle.

Brian Kim on the other hand might just be the strongest climber you’ve never really heard much about. He’s certainly no slouch though with multiple 5.14s on his resume and this recent 5.13+ R trad FA in the Gunks.

For Woods the 3rd place finish was no doubt disappointing, but in an interview with the Outisde Magazine blog hours shortly before finals Woods had this to say when asked about the pressure associated with being expected to win:

But then it turned out that people would be like ‘Oh, you’re going to win, aren’t you?’ I didn’t think about it like that. When someone else tells it to you, you’re like, ooh, that’s weird, I’m expected now to win.

Honestly, there’s a lot of strong guys out there tonight. Anyone could take first, or second, or third. The point is you just go out and just rock climb. You go out confidently and try hard, and whatever the outcome is, the outcome is.

On the Women’s side of things the story was somewhat similar. Despite qualifying in 3rd place just about anyone who watched the Women’s qualifiers probably felt like Angie Payne, coming off a historic summer bouldering season, was the clear favorite as she effortlessly flashed the first 5 qualifiers before being stymied ever so slightly on problem #6. However, once finals began Alex Johnson came out and asserted her dominance, flashing all 3 problems on the way to victory. Francesca Metcalf and Angie Payne finished in what looks like a tie for 2nd with 1 Top and 1 Flash each.

Did you watch finals as they streamed live on the internet yesterday? If so, what did you think??

Update:  Here’s a nice writeup from the perspective of a competitor that Angie Payne did for Five Ten’s blog.  In it she clarifies that despite tying with Francesca Metcalf in Finals Metcalf took 2nd based on a countback to Qualifiers.