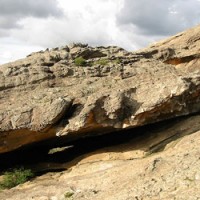 According to his 8a logbook Ethan Pringle has, after 4 days of work, done the 3rd ascent of Dai Koyamada’s Wheel Of Life at the Hollow Mountain Cave in the Grampians, Australia.  Given V16 after the FA, Pringle registered it as a 5.14d route climb which makes sense since the problem is a massively long 60+ move linkup of several problems in the V9-V12 range.

This ascent is especially notable in that Pringle has been recovering from a shoulder injury suffered during 2009 ABS Nationals and is just getting back into form.  Looks like he is on the right track.

Here’s some video of Chris Webb Parsons on the 2nd ascent of Wheel Of Life to give you an idea the length of this climb:

Update: Climbing.com caught up with Ethan to get his thoughts on the climb and his recovery from injury.

11 Responses to Wheel Of Life Repeated By Ethan Pringle