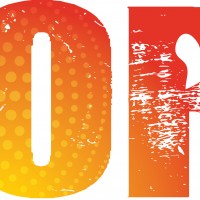 The Blu-Ray version of CORE, the latest video effort from Chuck Fryberger (Specimen, Pure), arrived in the mail recently and it was with eager anticipation that I sat down and watched it the other night.  As the first climbing movie to be released on Blu-Ray I had high expectations for how it would look on my big screen TV, and if anything my expectations were exceeded.  Core simply looks amazing.  Fryberger did a great job capturing and conveying the beauty of  the climbing areas and the movement of the climbers, both of which really shine through on the Blu-Ray.

As in his previous movies, Fryberger draws on an eclectic cast of climbers to weave a story around.  Traveling around the world from Hueco Tanks to Finland to South Africa’s Rocklands, each segment has a nice mix of climbing and lifestyle footage that help to make Core more than just a mindless “climbing porn”.  A lot of climbing movies stumble when they stray from simply showing climbing, however that’s not the case in Core.  The so-called lifestyle footage in Core only serves to enhance the climbing footage in my opinion.  While I still don’t “get” how a Ferrari and a Lamborghini related to the story being told I very much liked how the movie progressed in general.

In addition to looking great, the Blu-Ray version of Core comes with the added bonus of an hour-long interview with climbing legend Fred Nicole, something that will not be included with the DVD release of Core.  A wide range of topics are covered including Nicole’s thoughts on how he got started in the sport, dealing with injury and the line between highball bouldering and free soloing.  There’s also an interesting discussion on whether or not he regrets drawing so much popularity and attention to the areas he helped develop.  The only real complaint I have about the interview is that I wish I could have heard more of the questions being asked instead of just hearing Nicole’s answers.

At $39.95 you are paying a  pretty steep premium for the Blu-Ray version of Core compared to $29.95 for the DVD version and $19.95 for the HD Download, but if you’ve already spent the money on a big TV and a Blu-Ray player you are probably used to paying extra for things like this.  Besides the superior visual quality, the addition of the hour-long Fred Nicole interview is a nice incentive to spring for the Blu-Ray if you’re so inclined.

Currently CORE is only available on Blu-Ray, but that all changes this weekend when the DVD and HD Download become available on May 1st.  Check this link for details on where to get a copy of the movie or the soundtrack (which is also quite good).

In the interest of full disclosure: I received a free copy of CORE for the purposes of this review.