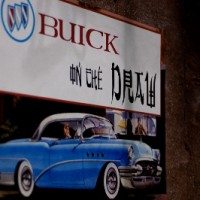 That’s how many years I’ve attended the annual competition Quick on the Draw (QotD) at my local climbing gym, Adventure Rock.  It’s a bit hard to believe really both in the sense that I can’t believe I’ve been climbing for over 10 years now and also that I can barely remember what any comp prior to 2009 was like.  Over time the memory of the individual comps has sort of blurred together in my mind:

Didn’t Alex Johnson used to be a girl? Oh that’s right, there are 2 of them (and they’re both strong).

Remember when Rockman used to be a climber? Actually, yes…

Clearly my memory is only going to get worse as I get older and each January I’m inevitably on the sidelines recovering from my latest injury.  With both of these things in mind, I’ve been trying something new the past few years at the comp.  Instead of abusing my body catching 40+ lead falls I started taking pictures instead.

Anyone that has tried taking pictures under the natural lighting in most gyms knows the conditions are less than ideal for taking good pictures.  Since I don’t really know anything about photography nor do I have any envy-inducing equipment, I’ve used the trial and error method to slowly improve the pictures I get at each subsequent comp.  For instance, one thing I learned this year was the importance of charged batteries.  Mine almost ran out mid-way through finals.  I of course had no spares, and I was 30 ft. off the ground stuck in my photo perch until after the comp ended.  Fortunately, I was able to pace myself and make it to the end of the show.

In my mind the pictures themselves never turn out spectacularly although I do think they’ve gotten better in the 3 years I’ve done them.  Hopefully they will help the people in the photos remember what they were doing late one January day in a climbing gym in Wisconsin.  I know I’ll remember.  Or maybe I won’t.  Who knows…

Below are a few shots from the comp with the rest residing on the ClimbingNarc.com Facebook page*.  Check it out.  Become a fan.  Enjoy.

As an aside, thanks to Sign-A-Rama Milwaukee for making the excellent sign-age.  For those that don’t get the “Buick on the Draw” reference it goes back to the comp theme for this year.  The Q on the comp flyer looks like a B to some which is where Buick comes in.  It’s winter in Wisconsin so this is what entertains us.  Deal with it.

*If Facebook isn’t your thing, you can see the pictures here as well.

Results from the comp can be downloaded here