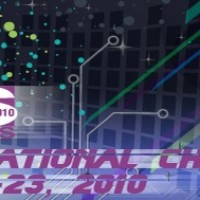 Somewhat ironically, the Men’s side of the competition was not won by an American but rather by Norway’s Magnus Midtbø.  Midtbø and Daniel Woods both onsighted the finals route but Midtbø’s stronger performance during the qualifying round gave him the win.  The Women’s side was won in dominating fashion by a resilient Sasha DiGiulian who was wearing a cast on an injured ankle not that long ago.

A combination of the results from finals and the qualifying round is used to select National Team members which means that a spot on the podium at the comp does not guarantee a spot on the Team.  Here are the team members for 2010:

Here is a bit of video from the qualifier round courtesy of Jon Glassberg: