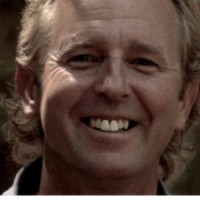 The news about the passing of John Bachar has set off a ripple of emotion throughout the online climbing world.  The forums at SuperTopo.com, where Bachar himself posted regularly up to the morning of his death, are full of tributes to a man many people consider to be one of the most influential of his time.

Not surprisingly the rest of the online climbing world is abuzz with the news of Bachar’s untimely death as well.  While it’s hard for most of us to grasp how someone could continually tempt fate through repeated free soloing, I think Peter Beal does a nice job summing up why the death of John Bachar has touched so many people in his most recent post.

To give some final context to this unfortunate and sad story, here is a video of an interview Bachar did last year where he shares his thoughts on style, the future of climbing, his sick one arm skills back in the day and his ideal method for putting up new routes.  There are some memorable anecdotes including how he told Sharma about The Mandala at the Buttermilks and how it was once thought to be impossible.