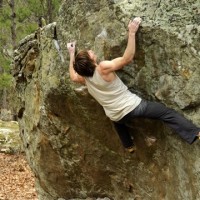 Since we last checked in, Daniel Woods has continued his exploration of the sandstone blocs in and around Arkansas’ Horseshoe Canyon Ranch.  Recent noteworthy ascents include a new V13 called PCP which adds some new climbing into the finish of Chunk Up The Deuce (V13) and a new V11 called Stackin’ Paper in Stack Rock, AR.

As expected, MVM has added new video from Chad Greedy of Woods and Rob D’Anastasio sending a few of the more well known hard problems at HCR.  In the video you can see both climbers sending White Knuckles (V9), D’Anastasio sending Bloody Knuckles (V11) and Woods nearly flashing Ty Landman’s Anti-Hero (V13).  It looks like we are being made to wait in eager anticipation for the footage of Woods’ repeat of Wood Grain Grippin’ (V14).  I can be patient…for now.

The best part of the Daniel Woods Arkansas footage… 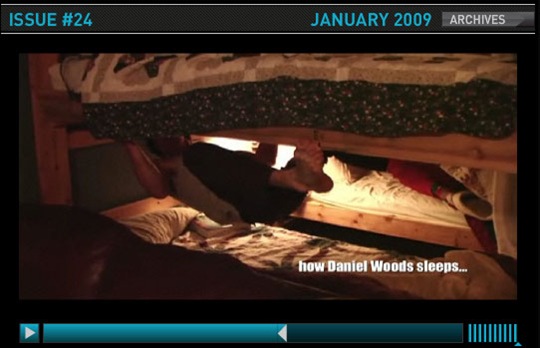 As an added bonus, here are a few random shots of Daniel Woods climbing unknown boulders in Arkansas over the New Year.  Thanks to Mike Simon for sharing these. 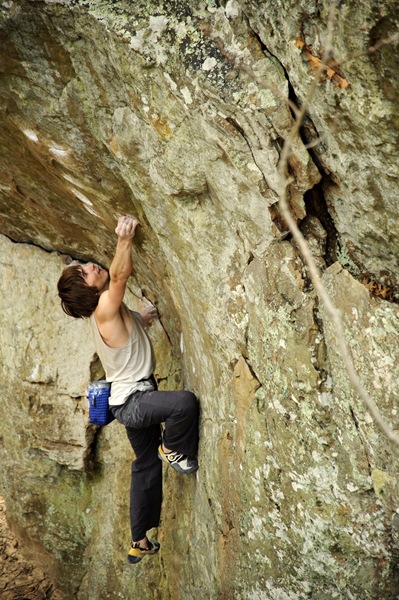 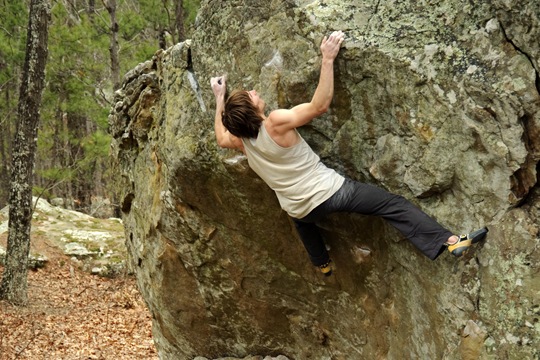 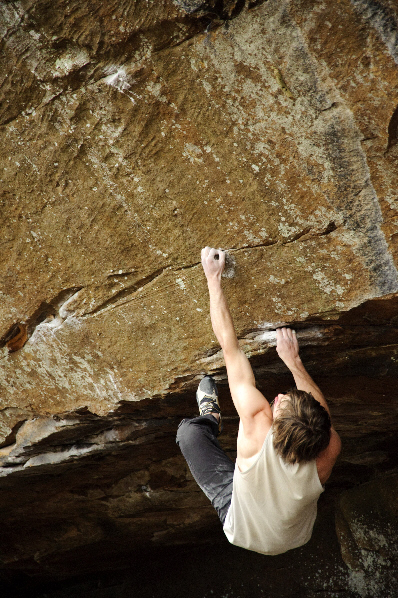